Happy New Year everyone? Welcome to business as usual on planet Earth. Last night we billions looked up at sparkler lit skies and toasted a new beginning. At the New York Times though, greasy little fingers pecked away at a headline that reads; “How Putin Forged a Pipeline Deal That Derailed.” 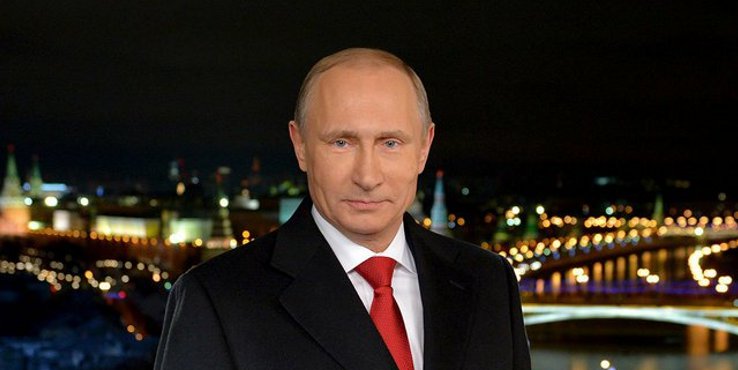 Oh how we cheer the positive, the perspective of peace and equality from America’s shores. How crystal clear and crisp the corporate propaganda machine rings out. How well orchestrated and determined our media icons are, determined to tilt the imperial balance sheet, that is. My own headline here should probably read:

That is, if I were being paid like Jim Yardley and Jo Becker of the NYTs to came together these last few days to draft a redraft of history for you. Whatever research led them to the conclusion Vladimir Putin wants the EU disbanded, and using Gazprom flows to accomplish it, seems to have been grounded in a Barack Obama State Department memo. Who was it that said; “All good lies bear a grain of truth?” The powers that be in the west have set their best bloodhounds on the trail, of the great Russian bear. Somehow though, I think the bear is not very afraid. Still….

Skillfully, cunningly, and with purpose, the NYT kicked off the New Year with heavy hitters targeting Russia and Putin. Yardley, a Pulitzer Prize winner, he’s also the Rome bureau chief for the newspaper. As for Beckler, she’s also a Pulitzer winner for the gripping book Angler, which covers just how powerful former vice president Dick Cheney was and is. However interesting these authors’ intrenchment in American policy is though, understand what it means leverage wise to shackled two Pulitzers together on December 31st, to kick off a propaganda campaign renewal. Dmitry Peskov over at the Kremlin probably smiled a knowing smile, then cursed when his people clued him the story was out. What’s the Russian equivalent of “Oh Brother,” I wonder?

Carefully conjured terms like; crony capitalism, Putin’s musicians, the Putin Steamroller, and Soviet Empire are deployed yet again, in conjunction with factual “sounding” texts and “investigative” breadcrumbs. For former fans of The New York Times though, the world’s most trusted broadsheet, it’s such a silk rag of a news outlet now. Isn’t it obvious Washington’s puppeteers own western media? It is to my constituents, a lie, that is. Look at this angle. Why would NYT send Yardley to Sophia to investigate “South Stream?” How come Jo Becker was in Budapest? What role did Georgi Kantchev in Sophia and Masha Goncharova in New York play in this piece? 4 people on the story of the century, that Vladimir Putin’s bid to take over Bulgaria failed? WTF is wrong with this picture?

I’ll tell you what’s wrong. The New York Times is funding corporate propaganda using what is commonly known, what is logical policy, with heavy journalistic hitters for purpose. Isn’t it clear? Can you hear the managing editor saying; “Yeah, go ahead guys, you got the scoop on Putin and the well publicized gas pipeline. Go ahead and use some resources amplifying it!” “An echoing whisper on the wind is heard: Shush, sellout, sellout, sellout to the highest bidder.”

Or maybe all those writers paid for all their own meals and tickets just to peck out this HEADLINE NEWS!

Extra! Extra! Read all about it! South Stream Pipeline intended to make a profit from European customers!

My partner will scold me for this.

You idiots! Pulitzers, really? The New York Times just used common knowledge to create a New Year’s headline, with credibility applied by past awards, and the ignorance of NYT’s readers. Gazprom has most of what’s revealed on their website here. (great research guys, that took me 2 seconds) You really don’t get it, do you Washington? Uh, New York, that is? Putin and Gazprom, Russia and your foes, they already won no matter what. If the pipeline goes through Bulgaria, Putin wins. If the pipeline goes through Turkey, Putin wins. If the pipeline does not go at all, Putin wins. And here’s why the New York Times has Pulitzer winners scattered all over east Europe.

Footnote: I can just hear that crotchety old New York banker in his wrinkled leather chair, ruffling the crinkly pages of the newepaper; “Those dirty Rusky SOBs. I knew that Putin was up to no good. Edith! Bring me my energy portfolio, will you?”

The big story is, the EU is being destroyed by Washington, sure as hell. Western media is well appraised of this. Bulgaria is not poised to return to resting under Russia’s wing over “crony capitalism” or via “Putin’s musicians.” Eastern Europe is ready to separate from the EU over austerity imposed by Germany and the IMF. The former eastern bloc may band together anew over abject economic failure, and over the excesses of NATO and the Washington elite. George Soros will get his way, and so will the owners of The Wall Street Journal and The New York Times – the euro is dead, dead, dead. It’s only a matter of what comes next, you see? And while the euro dies its slow death, and the New York Times gets set to blame Putin again, Gazprom’s secret mission is spilled all over their strategy page:

“Gazprom’s strategic goal is to become a leader among global energy companies by developing new markets, diversifying business activities and securing the reliability of supplies.”

My dear prize winning wordsmiths, let’s do our journalistic duty and examine the whole story.  Why not investigate fracking in the US, the Obama Climate fiasco, or your own newspaper’s vested interests in policy? Can you four hearty investigative geniuses focus on South Stream before Putin’s lashing began, just for an instant? What about the world’s largest chemical coproration’s part? What of BASF and other interested parties? Are they “Putin musicians” too? In the image below, President Putin is seen with key players from Germany and France involved in South Stream. While Washington attempts to characterize this deal as “Putin’s,” it’s clear western leadership had a major role up until the Snowden/Syria clashes between Putin and Obama.

Hey, if Putin wants to rule Europe via Bulgaria, what does Arthur Ochs Sulzberger want there? Let’s work beyond one sided and lazy reporting, and use those resources to tell the news – both sides. Oh the damage the pen can do.