US Secretary of State Rex Tillerson and Russian Foreign Minister Sergey Lavrov just gave as joint press conference after both men met with Russian President Vladimir Putin in Moscow. Naturally, the two spoke of a “productive meeting” on a broad range of issues from Syria to Ukraine, and the degraded relations between the two great superpowers. Neither men conveyed 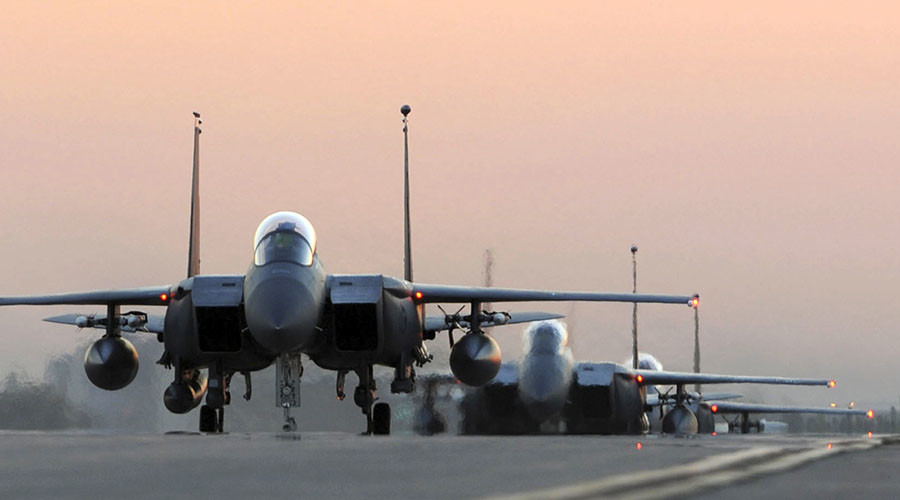 Neither men conveyed no real sense of hope US-Russia relations would be on the mend anytime soon. Then all hell broke loose over Syria.

A Sputnik News report some minutes ago tells us the Syrian General Staff reporting a US-led coalition attack struck a Daesh depot storing chemical weapons in Deir ez-Zor yesterday. The Sputnik report said a report they obtained from Syrian Army affirms Assad’s and Russia’s contention a Syrian attack on Idlib province on April 4 was not a chemical attack on Assad’s people, but a direct hit on an Al Nusra weapons stash:

“The jets of the so-called US-led coalition launched a strike at about 17:30-17:50 [local time, 14:30-14:50 GMT] on a Daesh warehouse where many foreign fighters were present. First a white cloud and then a yellow one appeared at the site of the strike, which points at the presence of a large number of poisonous substances. A fire at the site continued until 22:30 [19:30 GMT].”

Secretary of State Rex Tillerson gave assurances Assad had killed his own people at the Tillerson-Lavrov press conference and expressed ultimate confidence in the “intelligence” the Trump administration counted on before launching 59 cruise missiles at Assad’s Shayrat air base. The Independent reports:

Syrian state-owned news agency Sana reported the air strike, on the village of Hatla, as a “white cloud that became yellow as a result of the explosion of a huge store that includes a large amount of toxic materials”.

If this most recent report holds up, our world just turned upside down again. If the opposition forces are proven to have committed all these false flag attacks on the innocents of Syria, the New Democratic Order Donald Trump swore to run from Washington’s “swamp” are over. The BBC, CNN, the Washington Post, The New York Times, almost all “fake news” is over. Furthermore, once the Trump administration comes forward and reveals being misled by the US intelligence community and some members of congress, the “deep state” Trump’s team has alluded to is “over”.

So far no mainstream media has reported on the Sputnik report, so it remains to be seen how the liberal press will react. Warmongers John McCain and military industrial complex lapdogs like South Carolina’s Senator Lindsey Graham will be in a real pickle as well. I’ll make another report once more details emerge, but this is a real “game changer”.