Former President Bill Clinton is now revered. The man from Arkansas that appeared out of nowhere to win America’s highest office, even the stain (literally) of scandal went all his way. Now the world is seeing the desserts of a corporate president, in place to intensify greed. 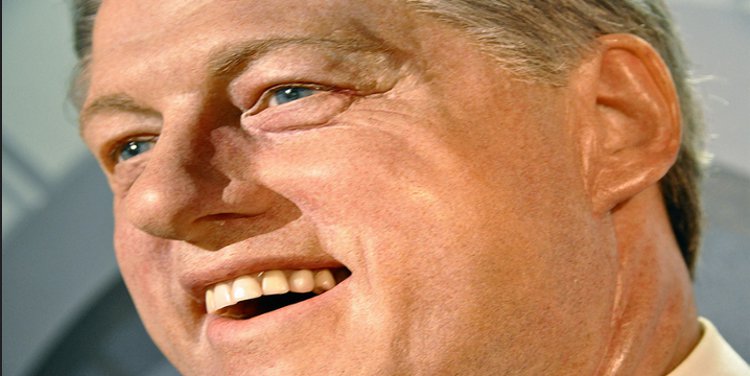 I just read a piece about a compelling environmentalist named Naomi Klein. Here groundbreaking book, This Changes Everything, it addresses global warming and the environment with a scary urgency. As for Clinton’s part, he was the catalyst for a ramping up of consumerism that has had devastating consequences. NAFTA, and later free trade agreements first Bush I, and then Clinton ushered in, they threaten human existence. I quote from the story about Klein’s work on The Ecologist:

“The idea was there was only one way to run the world – free markets, free trade, privatisation, deregulation, low taxes, investor rights, the cult of consumerism, the cheapest possible everything. But tackling climate change demands the reverse – collective solutions, more regulation, restrained consumption, carbon taxes, and so on.”

I said Klein was “scary” straight up with all honesty. If we consider her work, and what we all know of even our local mental maps of the world, we can rest assured her contention “There are no non-radical options left” – it’s more likely true than any Barack Obama State of the Union address. To understand “why” individuals need to be able to examine their own lives, and to do some simple multiplication. I am a geographer, I always loved maps and geography. I even taught geography until I realized nobody wanted it. To grasp the urgency Klein and others call out to us over though, a simple understanding that Earth is not an infinite system, it helps.

The free markets that Clinton’s efforts helped usher in, they supported corporations like Walmart, which as it happens is an Arkansas company I’m sure Clinton is aware of. For you though, examining the contents of your garage or attic, this is the exercise for saving our world that I want you to undertake. Seriously, look in the garage, or in you little children’s room, for the matter. What do you see? I know what I see. It’s not the 4,000 LEGOs my son builds all manner of things with that’s the problem, they’re actually part of the solution. It’s the cheap plastic cars, do dads, worthless Mattel plastic race tracks that disintegrated after a week that clutter our world.

When I look in my son’s room, and we live in Germany mind you, I see 100 pounds of useless plastic. I see 50 toys at least, all made in China for the cheapest possible price, and now worthless for one of many reasons. First of all, none of these thousands of euros worth of toys are made to last. This is an understatement though. Compared to the toys we played with when I was a kid, ALL my son’s playthings are worthless junk. The paint rubs off, the wheels pop off, the utter uselessness and break-ability of the junk is pitiful. These worthless pieces of temporary gratification, they’re the most dramatic symbol of what Bill Clinton and the Walmart’s of the world did to us. I know you are scoffing, some of you, but wait. It’s not just me yelling. Read this National Geographic piece.

Accept for a moment that this one element of ultra-capitalism is a prime indicator of the deadly trend. Plastic, as a litmus test of humankind’s bad endeavors, it’s uses foretell of a disastrous climax for humanity. We are now choking the Earth to death. Read this. Now, for you mathematics exercise, let’s assume you’ve objectively looked into your garage and your attic. How many toys are up there? Well, even according to China’s own export statistics (which are suspect) the value of toys alone in the plastics realm has increased by over $1 billion every year for the last 6 years. China shipped out over $13 billion in just toys in 2014, but that’s a big old number nobody identifies with these days.

Multiplying your attic junk times 100 million, somehow this seems more impactful for me. If it is not for you, then think about the money you wasted “saving money” at Walmart, buying your kids cheap shit! How much did that attic crap cost now? You got your presidential gift, now didn’t you? And here is just a fraction of that gift’s cost to you, to the world.

Factor in the fact little toy stores failed all across America. Add in the lost manufacturing jobs at any toy makers left in the good ole USA, I know you’re getting the point. Making Bill Clinton into some sort of cult hero, pouring billions of dollar into the Sam Walton family coffers, we all paid a dear price. Cheaper, as it turns out, has put us all in an expensive fix.

To further illustrate how screwed up our world has become, even broken toys from China have been commercialized. I am sure, in this effort, Alibaba probably claims some sort of “green” advantage to recycling such junk. Alibaba Group is representative of capitalism gone mad. Imagine a fleet of container ships headed to the US of A, filled to their brims with This study from 2009 entitled ‘Plastics, the environment and human health,’ it warns of health and environmental concerns Clinton had to have heard about, impacts he and his successors obviously ignored. And wait for the Trans-Pacific Partnership (TPP) to reach full effect.

Okay, some of you think I am one of those crazy tree huggers or a conspiracy theorist. Maybe I am, but seeing famous banking family people like David de Rothschild gearing up to make even more money off a deadly consumerism item, it bears some more scrutiny. It’s as if “these people” make money off their making money off of death. Sure, maybe the son of a notorious profiteers in the history of the world is into environmental things out of altruism. Maybe.

Now I’ve made a rant of an informative piece. Sorry about that. How about if I appeal to the average American’s self interest, rather than some high and mighty environmental plea? Look at any of the spreadsheets from China’s import and export data here. Now visualize your own small business, your job, your community, with jobs and earnings recycled in between Americans, instead of Chinese laborers benefiting. Imagine where Americans might have been, if the Bushs, Clintons, and Obamas of the world were told to bugger off. Chinese rivers would be cleaner, so would their air. Workers there would not be laboring 7 days a week at an Apple factory to make next year’s landfill items, they’d be back on the rice farm, better off for being freer and more alive. The planet would be less choked to death. Huge plumes of smoke would not kill off China’s people, or the environment there. Hell, we might even have some South American rainforest left.

For those of you who have read this far, the new Obama Climate Plan should be seen for what it is. This plan is yet another smoke and mirrors campaign crafted by big business to make money off you, and to kill the planet. Fracking and the resurgence of an American energy industry based on natural gas extraction, it will utterly ruin America. I suggest those of you who care do your research with people like Naomi Klein. The alternative is to die in the knowledge that, your kids and grand kids, will live in a veritable cesspool, in a world dying a horrible death brought on by its smarted inhabitants. We really can, transform Earth into Venus. Oh yes we can.

If we are intelligent at all, projecting what will happen for us all, from the plight of one species, it is not rocket science. If the animals of Earth can disappear, so shall we. Watch this video about what plastic and other pollution is doing to our world. Midway Island, in the North Pacific Ocean, was a unbelievable paradise years ago. This is sickening, but it is our legacy. Lost jobs, lost resources, lost money, lost environment and a wasted world….