When Americans put Donald Trump into the Oval Office, the world was shocked and relieved all at once. Regardless of Trump’s coming legacy, the fact the system still works will reverberate. In France, the people are speaking today. Today Marine Le Pen may send an even more hopeful and resounding message. The globalist failures before the people may have led to a revolution of values and policy. Here’s why Marine Le Pen matters more than any political candidate in recent European history. 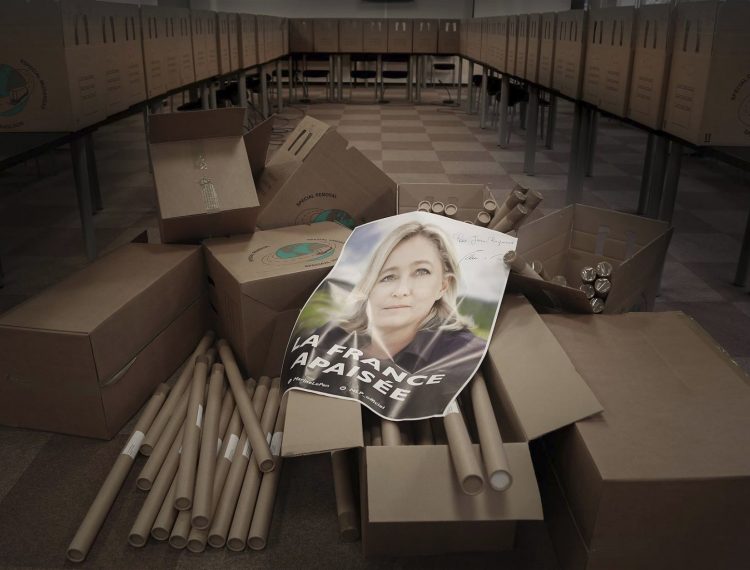 For a multitude, Marine Le Pen is the feminine reincarnation France’s greatest leader of the 20th century, Charles de Gaulle. Interestingly, most of her supporters do not even recognize the striking similarities in between the former French president and their candidate. To more clearly see Le Pen in the context of France’s situation today, the reader needs to be acquainted with a German named Konrad Adenauer. The West German Chancellor who helped usher in something known as the Élysée Treaty in between France and Germany back in 1962, was also responsible for the current German monopoly on Europe policy. The Élysée Treaty, for those unfamiliar, was a deal De Gaulle signed with Adenauer in order to mitigate the US and British control of West Germany by the other powers. De Gaulle was rightly (as we see today) concerned over France’s WW II allies dominant position in Europe affairs. Even back then nationalism and patriotism were becoming sacrificial lambs on the altar of democracy. Today, Marine Le Pen is the conduit of France identity, just as De Gaulle was. Even though such comparisons bear incongruities, the certainty both De Gaulle and Le Pen were/are “for” France is unarguable.

America’s and Britain’s puppet after World War II, Adenauer’s followers in the CDU today are reenacting the subterfuge and surrogate policies that caused De Gaulle to balk at America’s influence via the Élysée Treaty. The New Democratic Order that has dominated the western world the last 20 years is challenged by its natural adversary, populist nationalism, and the inherent identity crisis. Around the world, people are experiencing a cultural and idealistic meltdown, and Le Pen has appeared a the same kind of beacon Trump or Brexit did. Only France is a far more explosive moment for the globalists. Marine Le Pen is important because the EU will end in catastrophe – let me explain why.

The Élysée Treaty, which was one facet of the detente intended to create an American and globalist contract for domination through something known as the “Third Force”. These early treaties, especially the earlier ones like the creation of the European Economic Community in 1957, were not intended to create civic harmony and a unified European people, they were intended to tip the balance of power in the Cold War. This European “Third Force” was and is the alternative security policy we are witnessing with NATO expansion on the borders of Russia now.

It was Konrad Adenauer’s mission to help create this “Third Force” for the globalists. Adenauer passed away in 1967, not long after the effects of the Élysée Treaty began to come into effect. His mission and his legacy continue as seen through the policies and rhetoric of German Chancellor Angela Merkel and her minions. Make no mistake, viewed from the standpoint of subversive policy success, the EU (Third Force) mission has been a resounding success as a counterbalance against both Russia and nationalism. This Élysée Treaty serves as a window into the New Democratic Order’s plans. Today we see the social structures of independent European nations subverted by the likes of George Soros and various NGOs in operation for decades now. Soros and Open Society Foundations offer no new and brilliant strategy for subversion though. Even back in the early 60’s, a so-called Élysée-Fond was established to promote Franco-German culture projects in third countries. Yes, the greater plan is nothing to do with freedom and democracy, it’s always been about “seeding ideas” and creating a cohesive force against Russia and the east.

I’ve not space here for the microscopic analysis of this “Third Force” or for bringing out the New Order into the limelight. There’s ample proof of their intentions in the names, faces, and disastrous policies coming out of Brussels. Examining the people that stand against Le Pen and resurgent nationalism we find the Konrad-Adenauer-Stiftung (KAS) with 200 projects in more than 120 countries. And if you wonder what those projects are up to, go no further than Dr. Peter Tauber, Angela Merkel’s right-hand man, and Konrad-Adenaue board member. The reason Le Pen is so important today is in the contect of defeating a failed ideology and EU establishment.

I leave you with an article by Von Robin Alexander on Welt entitled; “Wer nicht für Merkel ist, ist ein Arschloch” (“Who is not for Merkel, is an asshole”) hints at the hypocrisy and the desperation of the CDU and its globalist handlers. My abbreviated analysis on all this is that the EU is falling apart fast and Le Pen will be the strongest minister of change in the Europe that emerges. Britain just had “done with it” with Brussels “gangsterism”, and France is about to revert to populist activiesm for the good of Frenchmen. For further reading, look into Dr. Hans-Gert Poettering of the Konrad-Adenauer operation and see how the former President of the European Parliament also heads up the revision of history concerning the Soviet Union and Russia. That’s right, the other side of the Marine Le Pen coin is all about the “Reconciliation of European Histories Group” and such diatribe as this “Parliamentarium Museum Will Add Content Illustrating Soviet Aggression“.

Marine Le Pen is the biggest counterbalance in modern European history. Whether or not she follows through on one campaign promise, she represents a dissenting voice to the failures of EU asession – and a specter of disaster for the globalists bent on dominating our world. I leave you with a chilling reality left as a legacy of US Congressman Larry McDonald who was killed when a Korean Airlines fligth was mysteriously shot down by the Soviets:

“The drive of the Rockefellers and their allies is to create a one-world government combining supercapitalism and Communism under the same tent, all under their control…. Do I mean conspiracy? Yes I do. I am convinced there is such a plot, international in scope, generations old in planning, and incredibly evil in intent.”