A groundbreaking new study (chuckle) by Pew Research has revealed 14 countries with a view of Russia and Vladimir Putin that is not-so-hot. As is usually the case, the greater scope of data and knowledge reveals another actuality. This just goes to show, that narratives are usually not a chronicle of ideas to depend on, especially not in geopolitics. 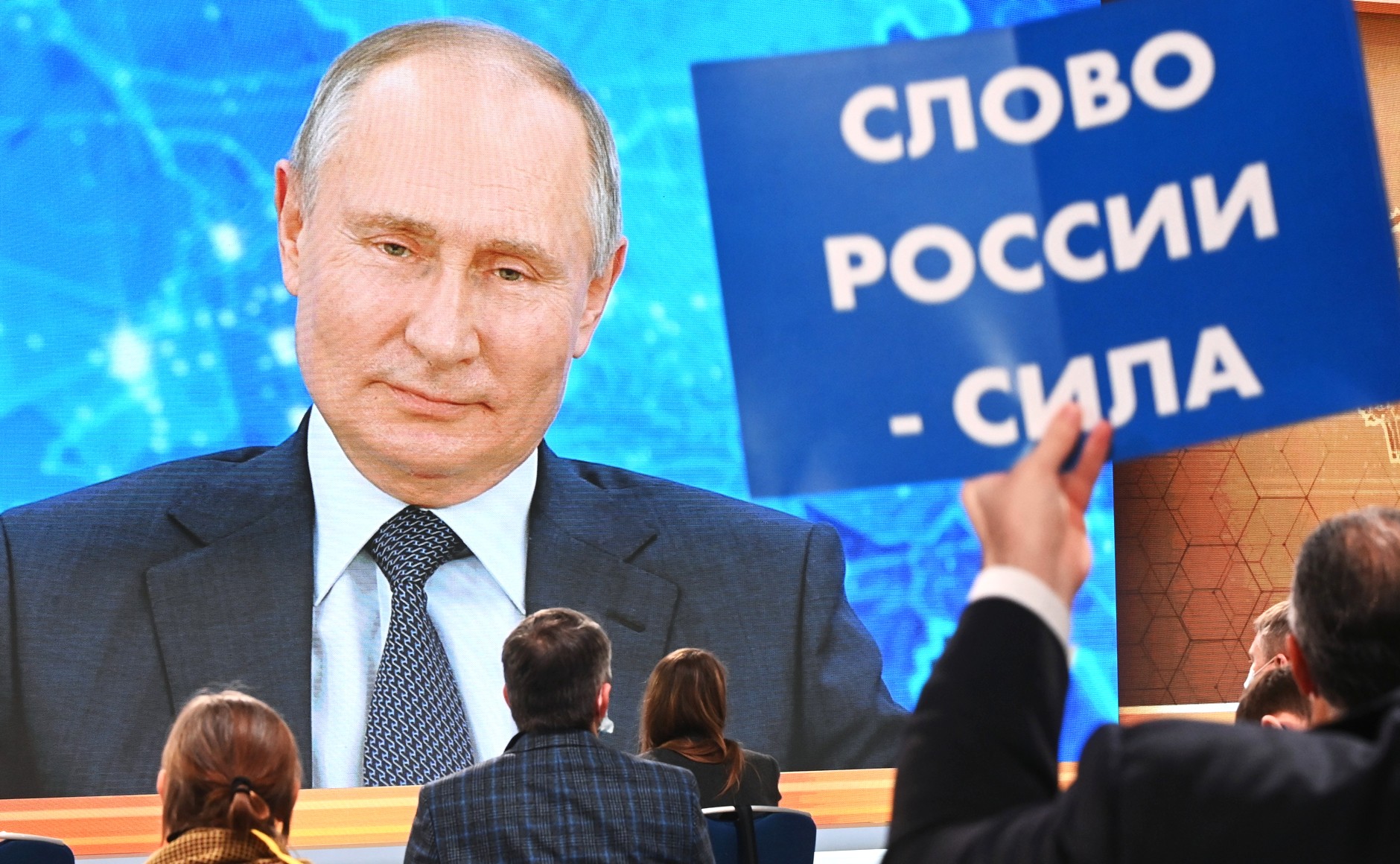 The unanswered question by the Pew FacTank is whether or not the other 179 countries love Russia’s president? Seriously, the geniuses evaluating popularity seem to have targeted NATO nations or the few in the world where unprecedented liberal order negative propaganda has taken hold. And in another monumental observation, Pew’s brain trust found that Baby Boomers are less likely to “like” Putin than younger generations.

Why, in Germany, only 25 percent of those over age 50 polled held a positive view of the Russian leader. Apparently, the Cold War, East Germany, and American airbases were not variables in the Pew Research Center survey. The researchers seem to have favored the “Do you like the villainous KGB colonel turned Russian president?” form of inquiry.

As a journalist reading the narrative from Pew’s Christine Huang, it’s hard to miss the not so vague innuendo and subterfuge. At a point, the author even uses the word “sanguine” to describe the atypical Italian polling on Putin.

“Of the countries surveyed, Italy stands out with its relatively sanguine outlook on Russia. Moscow delivered medical aid to Italy at the start of the pandemic, and about half in Italy see Russia favorably…”

Sanguine, indeed. A word used to show an inexplicable positivity on a subject that is normally considered bad. Sanguine! I can’t stop typing it. But then I read about how Vladimir Putin is more trusted in Europe than current US President Donald Trump, a fact that seems a lot more sanguine than Putin’s likeability in Italy.

Not surprisingly, the Pew research revealed that Americans hate Russia and Putin more than any of the other 13 countries surveyed. I guess several million negative newspaper and TV stories about a country and its leader end up forging opinions! But, what about the rest of the world? If Pew had expanded its view to places like India (53% positive), Bangladesh (62% positive), Romania (65% positive), Greece (72% positive), Vietnam (89% positive), and beyond, Vladimir Putin would turn out to be one of the top three most popular leader in the world.

A 2017 Gallup International poll revealed just how negatively the world viewed Donald Trump as opposed to Putin, Germany’s Merkel, and even the Pope. Another Gallup poll in 2019 showed Russia very close in international approval ratings with the US, and China behind top-ranked country Germany. And comparing the latest Gallup polling with the Pew information, we find the more of the world mistrusts American than NATO nations hating on Putin and Russia. This report shows that president-elect Biden is about to inherit a worldview mess. In this one, about three-fourths of the people in a wider selection of countries disapprove of American leadership in the world. Oh my. Even the Netherlands mistrusts the US more than they mistrust Putin and Russia now.

Finally, it’s funny how researching any negative narrative on Putin or Russia ends in a familiar core ideology. Take the project by RAND Corporation, “Building a Sustainable International Order as an example. The project, authorized by none other than the U.S. Secretary of Defense, talks a lot about the so-called “US-led World Order”. Among the ideas/strategies expressed in the platform, the notion that Eurasianism is a radical view stands out. This narrative twists reality even to the point of breaking with sanity. One indicator is the report’s insistence that the U.S. facilitation of “color revolutions” is only a “perception” by Russia. The authors also fail to delineate the fact that Russia only embarked on the path of a Eurasian Union when all avenues to the EU and the west had been cut off by the “order” after Euromaidan.

Putin and Russia are unpopular within the NATO/Liberal Order sphere. How amazing! Japan and other US satraps see Russia as a competitor or enemy since McArthur rearranged that island nation. The UK, the Queen Mother, and all the other cousins of the departed Czar Nicholas II, still want something the Russians are unwilling to give. Control of the remainder of humanity’s natural resources and arable land is just not a gift Putin’s people are ready to give. The RAND documents come right out to try and reverse truth in saying Russia only “perceived” her interests were not taken into account immediately after the Cold War ended. How could Putin and other key Russian decisionmakers fail to notice, how west-backed oligarchs were selling off the country’s legacy willy nilly? What part of international banking and investment piracy do RAND thinkers fail to grasp?

Every western world think tank out there discusses things like the Russian thinking on her own security as if Putin and his colleagues should have disbanded the armed forces when the USSR ceased to exist. RAND and the rest seem aghast that Putin’s Russia wants close relations with former Soviet republics and neighbors! And heaven forbid the biggest and most resource-rich country on Earth should desire to be a “great power”. The RAND strategy speaks of Russia as if she were a banana republic gone too far. And get this, the rhetoric from these “strategists” bluntly states Russia is NOT considered an equal partner in world affairs. Let me quote directly here:

“Since the end of the Cold War, Russia has frequently sought greater partnership and cooperation with the West. However, in accordance with its vision of itself as a great power, Russia seeks cooperation not just as another country but as an “equal” partner. It is sometimes vague which countries or entities Russia sees itself as equal to—the United States, the leading European powers, or such organizations as the EU or NATO—but at a minimum, Russia seeks outsized recognition, status, and authority in any cooperative relationship.”

It all reminds me of the schoolyard way back when. The force of gaining control, the strategies those glaring bullies, and mean little shits hatched, to make everything their own. And the naive and the good, never had a chance to prevail in a setting where even the teachers were powerless. The leaders of western thought, they just breed an endless string of Russia haters, China haters, celestial bigots convinced of their superiority. What a sad epitaph for our world. When the sun finally supernovas. The day galactic archaeologists recount our existence, I wonder if the failed potential of peace and prosperity on Earth for all will sadden them? Perhaps they will look, one to the other, and say; “I told you Sarnak, there never was intelligent life on Earth.”

No matter, one thing seems damn certain. Nobody in Pew Research has a clue about Putin.