In a small operating room in Trier-Ehrang in the Rhineland-Palatinate of Germany, a beautiful woman sits alone in the corner, her head in her hands weeping pitifully. She asks one of the white coats in the room, “What is wrong with him, doctor?”, to which he calmly replies, “He’s having a heart attack.” This was in 2010, and neither my wife nor I will ever forget that day. But the seriousness of that heart attack was nowhere near as devastating as the bred mediocrity that helped lead to it. 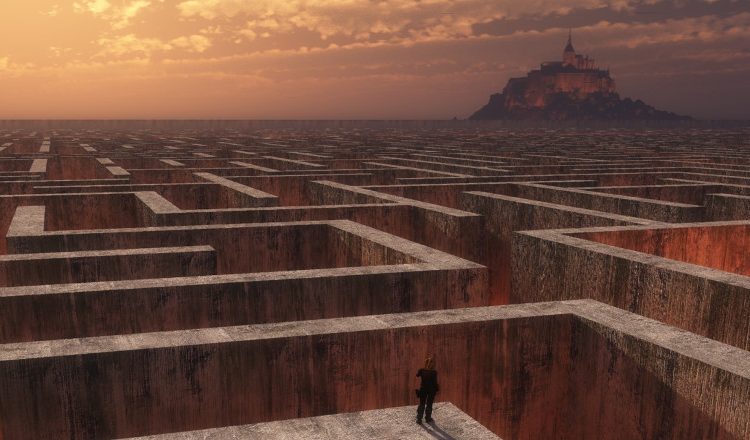 Weeks before the event above, I knew something was wrong. Smoking cigars like they were going out of style, a double heaping helping of stress, fatty foods, this typical American boy was a train wreck of his own making. There’s no denying that. But with warning signals like a swelling left leg, hard pains in the back, several trips to German doctors and even the hospital surfaced no proof of anything at all being wrong. Looking back I cannot help but be angry. Nor can I help but wonder if the angioplasty had been performed BEFORE my heart seized, then perhaps I would have been left me with more heart function. No, I never applied for disability either, if that is what you are wondering.

Hindsight being what it is, an orthopedic doctor’s malfeasance in prescribing acupuncture and intravenous steroids for the back pain is something I should have known was bullshit. Yes, a German doctor did an X-Ray and pronounced that I had work induced scoliosis. This is funny since subsequent X-Rays show no such malady. But the insurance company paid his bill, so I guess he figured he had cured me with Chinese torture. Catch my drift here people, the German healthcare system is piss poor compared to most US counterparts. And when one hospital claimed I had stomach problems, I should have known my family physician was clueless too. But the “1 in 10” good Germans came to the rescue – Bruderkrankenhaus does have Porsche driving super-cardiologist. A man, I cannot recall his name, rescued me from certain death. And he rescued his colleagues too, for I never complained until today. But because of a few good doctors, I withheld an overall diagnosis of Germany.

When I first arrived in Germany my wife-to-be Mihaela warned me of the cold and clammy Germans. “Don’t wave or smile at them, you’ll scare the shit out of them”, she’d say. Well by God, if I’d only known. A big smile or even a big American tip to a waitress cannot lift the corners of a Germanican mouth. 10 years and several thousand euros later, only 1 in 10 I came in contact with bothered to reciprocate a smile. The ladies at the bakery, they finally succumbed to everyday American bliss, but that’s it. A Romanian lady visiting city governors is taught the residual fear of confounded paperwork, paperwork, paperwork, and the policeman’s guise as a servant of the public shines through for former citizens of communist bloc countries. Passive aggressive – everyone foreign gets the subdued superiority treatment in turn. The shift of an eye, the steely little smirk at the end of an exchange, only the critically obtuse could fail to notice a German’s disdain for anybody but a German. And Americans? Well, there’s always the training any Doberman gets – but any Doberman will still bite its owner. Make no mistake, a nice guy fed up with these barbarians will tell you, Germany has no friends. God save the Albanians, the Romanians, the Turks (Migrants abused in German meat industry), and the new arrivals from war torn areas (the much-maligned refugees) when a new Reichskristallnacht (Crytal Night in Nazi Germany) will fall. Make no mistake about it friends, all that is missing in Germany today is a good Pied Piper or Hitler Jr. And they call some Americans racist. Holy Cow. Germans think Greeks are lazy, Romanians are gypsies and all Russians thieves. Funny, my Jewish colleague house sitting in Schweich for us discovered where the Crystal Night was held there, a street called Bahnhofstrasse is where windows were shattered and Jewish property and lives put into the maelstrom. Here is what he had to say about the people he’s come into contact with in just 4 short weeks there:

“I suspect they are just waiting for another Hitler to come along and unite their collective mentality, not enough Jews to hate but they have all the immigrants and so called refugees.”

Act III – Get the Hell Out of Dodge

When my wife finally succumbed to the virtual impossibility of doing business in Germany and closed her company of over a decade, I finally learned just how callous, ignorant, arrogant, and downright mean the Germans are. For those of you who think America’s social system is heinous, let me introduce you to a form of socialism forged to support lazy Germans and to take advantage of the veritable slaves the rest of us are. When I read about the Turks were beginning to return to Turkey out of exasperation with the Deutsche system, I did not really believe it. Then I took a look at how the Germans imported cheap labor since the 1960’s and reflected on the new “migrant crisis” and Frau Merkel. For the short version, Merkel and her colleagues in western politics never cared for Syrian babies at all. If they did they would never have rubber stamped Libya, the Arab Spring, and especially not Syria. Now, this American slave laborer has escaped with his, the Germans have a real media problem. As we southerners so often used to say when leaving some hell hole, “We finally got the hell out of Dodge City.” But the Germans are determined to have the last insult. All I can say is, it ain’t happening.

When the Nazis took control of everything in Germany, nearly everybody in the country became a spy or snitch for Hitler’s goons. Fueled by the genetic propensity Germanic people seem to have to adore technicalities, the Gestapo and the SS made easy work of ferreting out the decent people decent, and especially the undesirables and Jews. A World War II veteran I interview for Russia Today a couple of years back framed the national network of tattle tales I speak of when he commented to me:

“It was not Adolph Hitler that was the problem in WW II Germany, it was the little Hitler’s at the local level that were the real killers.”

Now imagine a guy like me ready whose job evaporated, and for whom retirement seemed to have finally caught up with him. 10 years of paying through the nose to the Germans and God knows you’d think a request for interim benefits would be met with efficiency at least. In Germany, someone who’s paid into the system is entitled to have their health insurance paid and a modicum of a percentage of their salary paid. So, having a ton of medications to pay for each month, I applied for some help until I could get work as a freelancer. I did not expect to be in between assignments long, but the system was supposed to be there to assist. This is not happening.

At the interview with the German social workers at the office for work (Bundesagentur für Arbeit) in Trier, my wife translated the fact we would be in Greece and in Romania talking with employers. Clearly, a lot was lost in translation (even though my wife speaks perfect German) for a dozen emails and countless phone calls could not produce any benefit or even feedback on my case. That was until I emailed the head of PR for this work office, a Mr. Koerfer. This is where the story gets interesting. We’d traveled to Crete, like I said, and connecting with German bureaucrats that don’t speak English proved nearly impossible. But finally my wife did connect with one official who turned out to be looking more for reasons to deny benifits than to help anybody. Ergo my “Gestapo” allusion. Apparently, based on a subsequent communique with this office, my wife’s German was not good enough. I am sure that the PR man had something to do with the resulting email from a Ms. Katharina Thielen, Agentur für Arbeit Trier. That email is pasted below.

Mr Butler,
After your job interview on August 16, 2017, you did not return to Germany on August 18, 2017, according your statement.  You are still in Greece and are therefore not available to the German labor market. Therefore I do not expect you to be able to meet our tomorrow’s date. Please register again at arbeitsagentur as soon as you are back in Germany.
After consulting the service department – Leistungsabteilung OS11, you have already been requested to submit a copy of your residence permit.
Your application can not be processed before.
Please seek support in the form of a translator if you are unable to understand the German documents.

Those reading this who know me, you know what came next.

I shot back an email telling them to basically “shove” their pittance of unemployment money, and to put their insurance guarantee where the sun never shines as well. I never cared about the€ 480 euro a month the mighty German nation was prepared to give back to this slave, I only wanted to ensure my family did not suffer for having to pay for hundreds of dollars worth of pills each month. By the way, I also informed this lady, their PR, and anybody else who cares to understand, of their utter misfortune to have pissed off the wrong internet hombre on this one. I’ll not elaborate further on how dogged I am going to be hammering this socialist cadre as a pastime from now on… I’ll just share the sledgehammer strokes from time to time. You just wait until the chapter about my little boy Paul-Jules and the supposed Christian kindergarten teacher from hell. I knew the Bishop in Trier should have felt the bad PR on that one….

What a travesty this latest episode is. All I can think of are the hundreds or maybe thousands of people who’ve probably suffered similar insult and injury. I am weighing whether or not the title of my upcoming book should “1000 Reasons to Leave Germany Forever”, or “1000 Reasons Germany Should Be a Cow Pasture”. Leave your suggestions in the comments or email me. Let’s see now, the authority over this Federal Office of Work is the Ministry of Labor and Social Affairs, which is headed by Andrea Nahles (SPD), who’s the daughter of a Master Mason (Hmm, my Grandfather was of the same rank…) This lady seems like she might be one of the 1 in 10 of her countrymen worth the powder and lead (as my Momma used to say). But maybe Detlef Scheele is the man on the right pedestal? He’s CEO of the Federal Employment Agency. Let’s just see where all the sensitive parts of this organization are.

Yeah, they are going to hate me hard pretty soon. 🙂