Holy cow! The American expression most often reserved for stunning revelations suits a recent New York Times shocking headline. Russia’s Sputnik V vaccine may be worth a try, no less. When I read the headline, I dropped my morning cappuccino. That’s right, the bible of Putin and Russia haters has written a Psalm about Russia doing something good. Read on, I assure you this is not fake news. 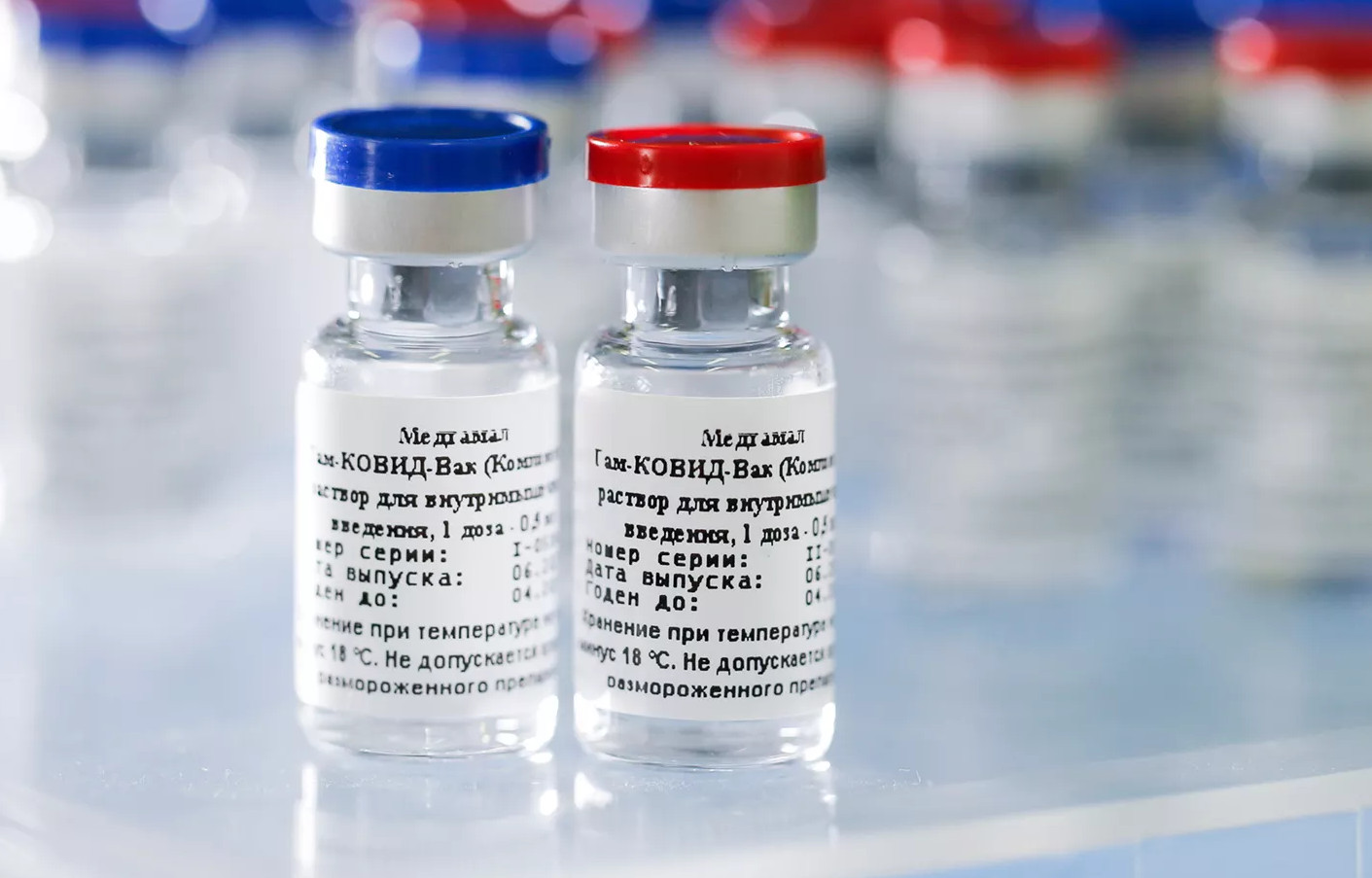 Everyone who can read or watch TV knows that western vaccines and western ideas are the only things holding Earth together right now. Or, at least, this has been the case where everything pandemic is related. Now, in a stunning reversal of truth, “It’s Time to Trust China’s and Russia’s Vaccines.” That’s the headline from an opinion piece by Achal Prabhala and Chee Yoke Ling. But before you phone your broker to buy up more rouble currency, there’s a catch. Isn’t there always? The admonition for Sputnik V to be used to fill shortages around the world comes with two damnable caveats. Here is one by the authors:

“Chinese and Russian vaccines were initially dismissed in Western and other global media, partly because of a perception that they were inferior to the vaccines produced by Moderna, Pfizer-BioNtech, or AstraZeneca. And that perception seemed to stem partly from the fact that China and Russia are authoritarian states.”

No, my friends, the “perception” did not stem from some antique fear of authoritarianism. The perception was manufactured at the behest of neo-imperial elites in the west. Russia was first in rolling out an effective vaccine, so something had to be done. And as usual, mudslinging propaganda seemed to work. Before I get into condemning western media for the unnecessary deaths of hundreds of thousands of people, let me show you briefly, the propaganda barrage Sputnik V was hammered by. August 11, 2020, Andrew E. Kramer wrote for the NYTs “Russia Approves Coronavirus Vaccine Before Completing Tests.” His report started like this:

“MOSCOW — Russia has become the first country in the world to approve a vaccine for the coronavirus, President Vladimir V. Putin announced on Tuesday, though global health authorities say the vaccine has yet to complete critical, late-stage clinical trials to determine its safety and effectiveness.”

The same day Buzzfeed reported the same thing and sourced the New York Times vaccine tracker the newspaper set up early on in the chase for cures. The story by Kramer not only inserted huge doubt as to the efficacy of Sputnik V, but it also alluded to those pesky Ruskies as vaccine thieves, dark denizens wanting to take credit for some western health genius, as it were. No, I am not kidding. Kramer also slung the fetal tissue dispersion on Sputnik V, more or less throwing the kitchen sink at the Russian vaccine. His zeal was mirrored and amplified by thousands of western media outlets. Business Insider, the Washington Post, CNN, the Guardian, LiveScience, Vox, and hundreds upon hundreds of other media outlets parroted fear, misinformation about Sputnik V, and cast blame and suspicion on everybody involved with the Russian vaccine effort. Jen Kirby of Vox asserted that Putin created Sputnik V as a propaganda tool first, and a cure second. Jen Kirby is a national security journalist, what else would she be saying to a brainwashed America? Andrew E. Kramer, at the New York Times’ Moscow Bureau, makes a living hating on Vladimir Putin and everything the Russian president does and does not do. I could go on, but the reader already knows the tilt.

Not surprisingly, Yukos oil mafioso Mikhail Khodorkovsky’s Institute for Modern Russia created its detailed reports damning Russian science and Putin. I find it interesting, and telling, that the man Putin pardoned for selling off Russia, is using the same line of thinking as all the American think tanks. Also in August, the Wilson Center published a press release where Dr. Lawrence Altman, another New York Times expert and Clinical Professor of Medicine, New York University called the Sputnik V announcement a “PR move”.

Amazingly, alarmingly, fantastically, all this Russophobia narrative was washed clean when Sputnik V was proven 92 percent effective against the coronavirus. Read the interim phase III trial report from The Lancet.

And this is the horrible thing about all this vaccine politics and western propaganda. “What if the west had embraced Russia’s efforts?” How many suffocated COVID-19 patients would celebrate birthdays with grandkids? What humongous COVID economic hardships might have been averted? But there’s another victim in this virus geopolicy war, the endless war between west and east will go on, and on, and on because of the mindset the New York Times and its owners infect society with. For those wondering what tangent I am off on, please read the New York Times story suggesting Sputnik V should be trusted. Remember I said there is a caveat? To quote directly:

“In the face of major vaccine shortages and delivery delays, France, Spain, and Germany are now beginning to talk about possibly placing orders for the Chinese and Russian vaccines. Semi-desperation, it seems, has finally prompted them to call out “prejudice” against non-Western vaccines.”

Did you catch it? Did the word “prejudice” pop out for you? The Sputnik V vaccine has not only shown up to prevent a deadly virus from killing more, but it’s also revealed once and for all the division and divisiveness that is strangling the world. How so, you ask? Well, because the marketing and distribution, if I may call it that, of western produced vaccines versus those made in the east, it shows us our errant geopolitical pensions. To make matters much worse, Sputnik V being proposed for distribution to banana republics and second-order (by western standards) nations, is xenophobic to the extreme.

Even now, with Sputnik V and the Chinese vaccines being proven effective, they are considered ONLY for filling the gaps where Moderna, Pfizer-BioNtech, or AstraZeneca cannot fill orders in America, the EU, and in Britain. Think about the meaning here. What if your grandpa in Iowa gets COVID-19 tomorrow because the Biden administration did not roll out the vaccines quick enough? Or, how about those Paris, Berlin, or Toronto high-risk people? Will all your grandchildren out there file class-action lawsuits against your governments and pharma companies? You probably should. I don’t know about Sputnik V overstocks right now, but I do know the Russians are notorious for ramping up production since forever.

Sputnik V. Putin dubbed the vaccine not as a propaganda tool, but as a reminder of Russians taking the field when destiny called. Sputnik the spaceship, put America on the moon as sure as German rocket scientist Wernher von Braun did. The Soviets put the first artificial satellite in space despite the fact the west had kidnapped all the genius German rocket scientists after WW II. It may be fair to say Sputnik V also boosted the western efforts at creating a COVID vaccine, but this is not my point. I am thinking about how the western hegemony is preventing humanity from progressing, and how recent events show the leadership is willing to kill us off to do it.

I am an “at-risk” person living in Greece. My little boy and my wife are afraid that if I contract COVID, my damaged heart won’t take it. The Greeks are trying, but they are behind too because of EU bureaucracy and supplies. As I type this, I wonder how many other people are sitting, ready and willing to get the jab with Sputnik V, but unable to because of the Great Game? This situation sucks on so many levels. But I am sure you already feel it.

This story was first published at New Eastern Outlook.