I spoke recently with a freedom fighter in the Donbass call sign “Texas”, who enlightened me further as to this civil war’s idiocy. Make no mistake, at one point in this Ukraine crisis I actually thought the OSCE might make a difference. Not anymore, for now it’s clear my original negativity toward blow hard observances of nil was correct. (Stay on the post to the end for coverage under fire in Donbass – If you’re an American, stand up and fight like a Texan)

To give you an idea how frustrating the OSCE has become, let me recall my first engagement with this organization about the time of the MH17 catastrophe in July 2014. That event, which really catapulted the spanking new “west versus east” conflict into hyper-drive, is as much the fault of outfits like the Organization for Security and Co‑operation in Europe (OSCE) as it is the neo-cons in America tied to the arms dealers. In short, it took me 3 and a half months just to get a spark out of communicators at the OSCE even in my capacity as an analyst at RT. When finally I emailed in frustration a man named Roland Bless, who is the Director at OSCE Freedom of Media, praise all holiness somebody finally answered. But of course Bless only directed me to the man on the scene, one Michael Bociurkiw, spokesperson for with the SMM in Ukraine. The good Mr. Bociurkiw was and is, far too busy and important to answer emails however, but a really nice lady named Cathie Burton (The OSCE PR Director) did manage to sooth my aching for even a courteous response. I know she’ll forgive me by now for naming here, as the last several mails to her went unanswered too. That’s all well and good, but I guess as a PR myself I should not have been so easily soothed. Enter Russell Bonner Bentley (Texas) and my friend, journalist Graham Phillips. They’re supporting witnesses to yet another waste of taxpayer money, an organization so impotent to help suffering people in Donbass as to be criminally unfit.

Yep, they finally pissed me off with the ultimate PR bullshit game – pretending to be on the side of truthful media, when they cannot even report heavy weapons properly. Case in point this time, Russell tells me the OSCE is more interested in happy hour at a Donetsk hotel than in figuring out who is killing whom in east Ukraine. To make matters worse, the very same Roland Bless who passed me off to the next man in line, he’s the mastermind behind a two day summit in Vienna, get this: Journalists’ safety, Media Freedom and Pluralism in Times of Conflict. Talk about the ultimate hypocrisy, it’s not only happy hour in Donetsk, but all over Europe for a bunch of worthless windbags who sold out to the western party line. If you think I’m being too harsh here, stand in a DPR warfighter’s shoes when he’s sent to survey blown to pieces little kids shelled from afar by the Kiev Nazis.

To end this first of several rants on the OSCE, let’s turn back briefly to our SMM hero Michael Bociurkiw. Now pay attention. Today Bociurkiw is tweeting for Ukraine Today about our rebels using kids to fight:

For those who’ve forgotten, Bociurkiw was one of the first OSCE people on the scene of the MH17 crash site, the man who told the CBC the plane looked like it had been hit by 30 mm cannon fire and not a missile. I recall back then, and trust me on this, Bociurkiw disappeared for a spell from view after that, then re-emerged later a spiffy new man in the eyes of some. Rather than spell this out, let me share more tweets from him these last days. 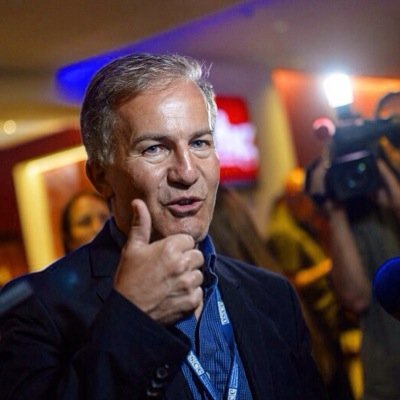 I’m short of time for now, but let me finish here by telling you Graham Phillips is the only reporter who has even tried to show the truth of the fighting in the Donbass. If someone can come up with another, I’d love to meet them. Graham told me some days ago that the best he could say about the OSCE monitors in Ukraine is that they “showed up”. They showed up for cocktails and some rubbing elbows with US and UK dignitaries all right. Shells falling daily on civilians in Donbass, 99 percent of all civilian casualties in this conflict having been on the Donbass side of the line, and Vienna summits and Donetsk luxury hotels are on the OSCE’s mind. As for their spokesperson at the Ukraine SMM, he is now a BBC celebrity somehow. He does seem happy, now doesn’t he?

Let me leave off with a report from my two friends mentioned previously. Expect more OSCE, I am on you now.

Just a short update for today. News Netherlands officials have collected more human remains from the crash site of Malaysian flight MH17 prompts note here. Along those lines, news freelance journalists Graham Phillips and his cameraman Patrick Lancaster (Below) are headed to Holland to offer up evidence to the inquiry there, this also bears watching.

It’s been almost 7 months since a Malaysian airliner flying over eastern Ukraine was shot down, and since the US State Department trumpeted the cry, “it was Russia!” Well, at least the headline “Putin’s Missile” caught on as the frenzy began. Let’s face it, ever since Putin convinced Ukraine’s former president Viktor Yanukovych not to join the EU in favor of a new Eurasian Economic Union, the US, NATO, and the EU have been spoiled sports. First Senator John McCain became the first ever US coup d’é·tat champion, while Heavyweight Boxing champ Wladimir Klitschko exiting the ring to punch European peace in the guts.

Hell, throw in a Edward Snowden dropping dime on a conspiracy to destroy the Bill of Rights, the US Constitution, and a Radio Flyer red wagon load of international law violations, and it’s probably small wonder we’re not all dead or glowing bright green from nuclear fallout by now. Mainstream media first leaped on the best Olympics held in decades, tried to trash Sochi before it ever began, and the shit storm has not let up since.

Stepping back into the voodoo world of present day politics and news, and I’m even having trouble staying focused. The Super Bowl, Katy Perry and some idiots in shark suits? An interception that somehow turned into the greatest NFL football play in history? We’re in a swirling rabbit hole of bullshit.

Graham Phillips and his courageous sidekick Patrick, not many people realize they’ve been there in the carnage in Ukraine since the start. While BBC reporters tweet their stories from far off Kiev, Phillips and Lancaster have been in the thick of it, shot at and missed, shit at and hit by the Kiev junta and others, the dynamic duo just happen to have the most extensive collection of MH17 stills and video that exists. Right here it makes good sense to think about what this means. In the first place, why did it take the authorities in Netherlands so long to ask to see it? Why was their testimony not sought early on? I can think of several reasons.

I think something changed recently, both at the OSCE and at the Dutch Safety Board. From my perspective, the once semi-cooperative OSCE has almost totally clammed up since the morning of the Mariopol rocket attack. They refused to even acknowledge my requests for information half a dozen times in the last two weeks. Their hasty judgement call on the Mariupol incident, it was concemned by the Russians and me. Now, the final determination on that is still up in the air, this after the team there said Pro-Russian separatists were at fault, just a couple hours after the incident.

As for the Dutch Safety Board, calling Phillips and Lancaster in, it just feels wrong to me. If my suspicions are correct, what’s going on there is a fact finding to protect a cover up. Or at least this seems logical. If you were about to release a bullshit report on an international incident, wouldn’t you first make sure there was not footage of another truth? Any criminal would. And here is where I’d encourage my friends to pay very close attention to what goes on there in the land of wooden shoes.

I’ll leave off here, it’s a bit busy today. I want to ask you one question though. “Is it just me or is ever-single-solitary-event the US State Department, Obama, NATO, and the so-called west take part in the same?” What I mean is; “Isn’t it strange how little evidence of things there is, and how the initial outcry prompts grievous consequences?” Osama Bin Laden Killed! Sochi DOGS! Putin’s Missile! Rebels Guilty! Je Suis Charlie! BLAH, blah, blech. It seems our leaders don’t even have the decency to lie effectively now.

Stay focused Graham and Patrick, what you’ve got on drives is probably more valuable than you think. 7 months and nothing? One shell fragment should have settled this guys.