What if every American decided to change the world? What if America went back in time to become a place where being excellent was hard? What if being “exceptional” took more fortitude than nodding one’s head when America’s president filled up the TV screen proclaiming greatness? Hell, the world would be changed instantly. Well, here’s a call for the real America to stand up, and finally. 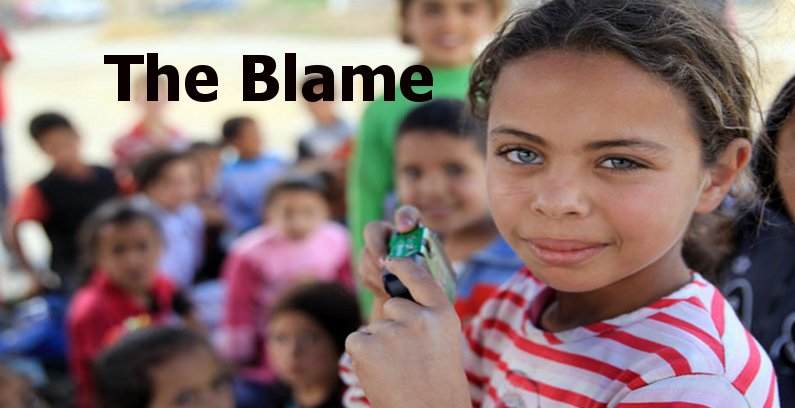 What would you say if a politician said; “Give me $10 so I can fund terrorists who kill women and children in far off places like Syria, Ukraine, Iraq, or Gaza?” I guess a better question is; “Would you kill a child to protect your country from an enemy who will never attack you?” The answer to both of these questions is sadly, yes. American’s do not care, by and large, who has to suffer or die, as long as the status quo is maintained. It is within this complacency that the arms manufacturers and energy brokers, along with the bankers ramrod world terror and chaos. You might be saying right about now, “That just doesn’t make sense.” But you know I am telling the truth, you just don’t want to hear it.
Well too bad. Leave and go shop at Walmart if you don’t want to hear it. This will not change by even an iota, the fact your complacency has killed people, torn families apart, made America weaker, not stronger. Ask yourself the question, “What is a patriot?” No, don’t scoff, really ask yourself the definition of this idea of patriotism. The simple Merriam Webster definition of “love for or devotion to one’s country,” this idea leaves much to be desired, and explored. I immediately recount a dear friend asking me “why I am being so unpatriotic,” in dissenting on Obama policies toward Russia. To wit my answer was, “Am I a patriot to watch my country destroyed?” But the words of slain President John F. Kennedy serve better to illustrate my call here. Speaking on a form of “exceptionalism” back in the 50s and 60s, JFK is quoted as saying;

Now for those of you steadfast enough to read this far, your concept of patriotism may be supporting our troops overseas, or it could be wearing an American flag lapel pin to school. For those of you in this mindset, what I am about to say will upset you. Perhaps.
Then the twin towers went down on the Island of Manhattan, the peace for over a decade was shattered. Whether or not the event played out this way or that, the fact 2,996 people lost their lives is fact. Certainly, there were many others who were affected. In fact, all of us Americans were, are, affected each day by those events. But the actions taken by George W. Bush in the aftermath, they were ill advised, wrong, a disaster of monumental proportions. And we the American people, have never owned up to this. The Bush administration lied to America. There were no weapons of mass destruction in Iraq, Saddam Hussein, had nothing whatever to do with 9/11. Even the intervention in Afghanistan has proved disastrous my friends, and Al-Qæda not only lives, but is now being funded by the Obama administration in Syria. President Kennedy mentioned poetry, so let me interject a literary bit on patriotism by the legendary Mark Twain;

“Patriot: the person who can holler the loudest without knowing what he is hollering about.”

Is this you? Come on, that’s a simple enough question. Did George W. Bush and his colleagues count on you not knowing? You bet your sweet ass they did, and here’s what happened.

Are you still one of Mark Twain’s “patriots?” If so, read on. Returning to JFK for a moment, he also is quoted as having told an Amherst College audience, only a month before his assassination;

“I look forward to a great future for America – a future in which our country will match its military strength with our moral restraint, its wealth with our wisdom, its power with our purpose.”

Moral restraint, wisdom, and our purpose. Oh my, how far we have fallen. Today a new Cold War rages. It’s not a war brought on by the Russians, as corporate media in the West would have you believe. Instead, it’s the same war that George W. Bush began waging the day after 9/11. Today, the Barack Obama administration does not even deny CIA support and arms for the anti-Assad extremists inside Syria and in the North of Iraq. The money trail was documented by WikiLeaks from before 2006, when Bush funded Assad’s opposition. I could go on and on, laying out for you the US’s influence on Arab Spring, Libya’s bloodbath, the upheaval in Egypt, Ukraine, and the murder going on in Yemen and in Gaza. But you already have the evidence, just follow the dead bodies to find the victims. Then ask, “Who funded or armed the killers?” As for your patriotic fervor, one of America’s greatest military leaders, General Douglas MacArthur has your answer;

“Our government has kept us in a perpetual state of fear – kept us in a continuous stampede of patriotic fervor – with the cry of grave national emergency.”

It’s all right in front of you, right here on the Internet. And my grip with my countrymen is, they’re too lazy, selfish and spoiled to notice, let alone care. I know, some of you are saying; “Hey buddy, not me!” But really now, what did you do to sway the Neocons away from the killing fields? Did you buy Obama just because he was Oprah’s pal one time? Or is it easier to simply pretend America is great, simply because you live there?

“Patriotism is when love of your own people comes first; nationalism, when hate for people other than your own comes first.”

I bet some of you still don’t believe me. I’ll bet a few reading this have uttered how unpatriotic I am too. Others of you, I hope and pray, will perform the same self evaluation of “understanding” that I have. You have the words of great men. You know that the politicians are trained to lie. And you cannot ignore the mounting evidence, that all I have claimed here is true. The reality is:

This pretty much brings you up to date on where American foreign policy stands today. What you suspected, but have not been informed about, is the energy aspect of all this killing. The fact new and massive natural gas and oil reserves have been discovered off Syria bears a special weight here. The map above reveals data about Syrian oil exploration that mainstream media failed to report. The offshore areas you see contain no less than 117 trillion cubic feet of natural gas and over 100 billion barrels of oil which Assad controls. The US wants him out for a multitude of reasons, but the impact Syria’s oil and gas can have on Europe and the region is astronomical, especially for the Saudis.  British Dutch Royal Dutch Shell, and French Total are among the parties interested in these new fields, in case you wondered about French war planes over Syria.

I leave you with a final quotation from President Theodore Roosevelt. A soldier and a statesman, conversationist and reformer, if his words do not ring true for you, you’d better examine your own character friend. The man whose face adorns Mount Rushmore alongside those of Washington, Jefferson, and Lincoln prophesied for today;

“The death-knell of the republic had rung as soon as the active power became lodged in the hands of those who sought, not to do justice to all citizens, rich and poor alike, but to stand for one special class and for its interests as opposed to the interests of others.”

Now examine please, who is benefiting from all this death and carnage on our planet. In the answer you’ll find true American patriotism and liberty ringing.