The President of Russia, Vladimir Putin, recently wrote a column for the magazine “Russian Pioneer”, wherein he discusses his parents, World War II, his brother, and some of the amazing coincidences of his life. Here’s a view of Vladimir Putin I’ll bet not many out there know of or understand. 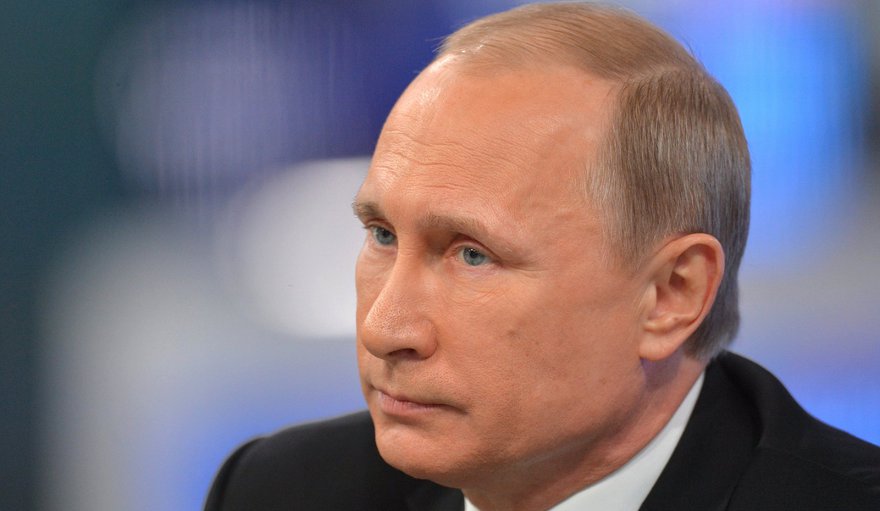 In nine days all of Russia will celebrate, and further immortalize an historic victory for a homeland, and for the world. Whether or not any foreign leaders attend Victory Day celebrations in Red Square on May 9th, a great people have reason for unshakable pride. So too, it may come to pass that the leader of this dynamic nation will one day be remembered alongside the fallen heroes of Stalingrad and Leningrad.

We were scanning the news today when my partner Mihaela discovered a story about Vladimir Putin, and a column he wrote for the magazine “Russian Pioneer” (or Русский пионер in Russian). The article’s title, translated for feeling reads, “Life Is Such a Simple Thing and Cruel”, and it reflects not only Vladimir Putin’s personal take on the Great Patriotic War, but interestingly, Russia’s as well. In the piece Putin candidly discussed the coincidences that have informed his life. He goes on to confirm all the stories I and other writers have spoken of at times, of his family, his home, and the Nazi siege of Leningrad that took so many hundreds of thousands. Most striking though, is that the now celebrated leader is still confused that his parents never wanted to hate the enemy. In this resides perhaps the best quality of Russians, some miraculous capacity for forgiveness. And Putin speaks of it all reverently, in an almost childlike way, from a position of a “fly on the wall” listening to dark conversations of grownups. The effect is mesmerizing actually. Observing Putin from the standpoint of being his father’s son, rather than TIME Magazine’s most influential person, is riveting.

It is not an easy essay to translate and deliver to you quickly, as our translation team is tied up with 50 other stories. So I solicited the help of our rocket scientist programmer, Aleksander Shatskih (Александр Шацких) to assist in conveying the feeling behind Mr. Putin’s column. What’s significant about the piece, other than the fact Russia’s president has a column somewhere out there, is the harmony that Russia’s leader feels in being Russian. Reading him speak of his mother, father, and brother with such clarity of recollection calls up sentiments I’ve expressed before.

The Great War, the Siege of Leningrad, and Vladimir Putin’s inextricable ties to the people and events of that time tell more about the man than a million biographies. He relates his father’s part in the war, and later validation of the stories he was told. One in particular, of the senior Putin’s narrow escape from Nazi patrols. Later in the monologue Putin relates a still more miraculous happenstance, when his father recalls a reunion with a comrade who saved his life during the war. The story Russia’s leading citizen tells is rich with bridled emotion, controlled yet telling the truth of a city and its citizens left for dead, surrounded and nearly destroyed by an ultimately frustrated enemy. Just how disparaged the Nazis were is revealed by this recollection from Putin’s father speaking about the blockade of Leningrad:

“We ended up breaking through the blockade in another place, but there was bitter fighting around where we were, nonetheless. Bullets and shells flew relentlessly everywhere; the Germans realized a break was possible. So at Nevsky, they tried to level the spot to the ground. There’s no telling how much metal still lies beneath each square meter of ground there.”

A friend informs me today, that not only is Nevsky still inundated with tons of bullet and shell fragments, but that human bone constitutes the soil along the streets there. For the reader unaware of what happened at Leningrad, suffice it to say that no American or British leader experienced such trials in that war. Nazi Germany had crushed everything in it’s path, passing by what is now St. Petersburg to forage further East, killing anything that stood in the way. Somehow, miraculously the relentless pounding of German bombs and shelling killed fewer than the starvation and pestilence Russians suffered there.

As for Putin’s magazine article, his recollection of his the brother he never saw is the most touching memory or feeling. Vladimir’s father, having been wounded, secreted his hospital rations to his starving wife and three year old child Viktor. The younger Putin, Vladimir’s older brother, he fell ill with diphtheria and died. The cruelty of his death was exacerbated by the fact that his parents did not even know where he was buried. Vladimir Putin recollects how some kind souls later researched and reported the actual burial place of the Russian president’s kin. If my recollection is correct, Putin said the grave is in Piskaryovskoye Memorial Cemetery.

At length a reader of Vladimir Putin’s revelations can easily detect the man’s desire to be heard, and for whoever reads his story in Russian to understand the events of those dark days. I think we can all identify somehow with a quest for truth and understanding when we see one. If I might venture my own translation here:

“So you see, all my parents talked about of that war rang true. Not one word was invented. Not one single day has been moved. And as for my brother, and about the neighbors, even the story about the German commander who was a group comrade, all were proven true sometime after the fact.”

I find it somehow tragic that no other writers found this Putin article. Maybe journalists today just aren’t paid enough. Or, perhaps their editors will not pay for a story about the real Vladimir Putin? I can only suppose about all that. What’s tragic is not that Vladimir Putin is not better understood, but that the honorable and courageous people he leads today are not.  In the end Russia sacrificed the most so the Allies could be victorious, but no one sees this who does not want to. Even amid all the undue criticism though, the intelligent humanity of Russia is visible, in her president. I leave you with another fragment, as he speaks of his departed mother:

“There was not a family where someone was not killed, and of course, grief, trouble, tragedy struck all. That they had no hatred for the enemy, that’s what I find amazing. I cannot to this day, frankly, understand their goodness. My mother, she was so very gentle, so kind…. And she told me, ‘Why should we hate those soldiers? They are simple people too, and we also killed them in the war.’ It’s utterly amazing. We were brought up with Soviet books, and movies… And there was hated. But in my mother this somehow did not exist. Her words I’ll always remember: ‘What can we do? They are just as hardworking as we are. They were just driven to the front to fight.’”

It’s time the world’s people understand who is driving us to the front today.  As for Russia and Putin, the “front” is in the same place as always. It’s called home.