His voice rang out like thunder does when heard in the rain from a great distance. Sitting out of my field of view in a small office behind his assistant’s desk, Tommy Lavelle said, “Tell him to come in,” after only hearing me address the lady. Unassuming, that’s what you’d think if you saw Coach Lavelle’s office on Calhoun Street. And when he stood up to shake your hand, I know you would marvel at the sight of such a giant of a man, but his massiveness is so suited to the life he’s led. “Coach,” as I always addressed him, is one of those people who makes everybody feel like they are somebody. Maybe you know the type. 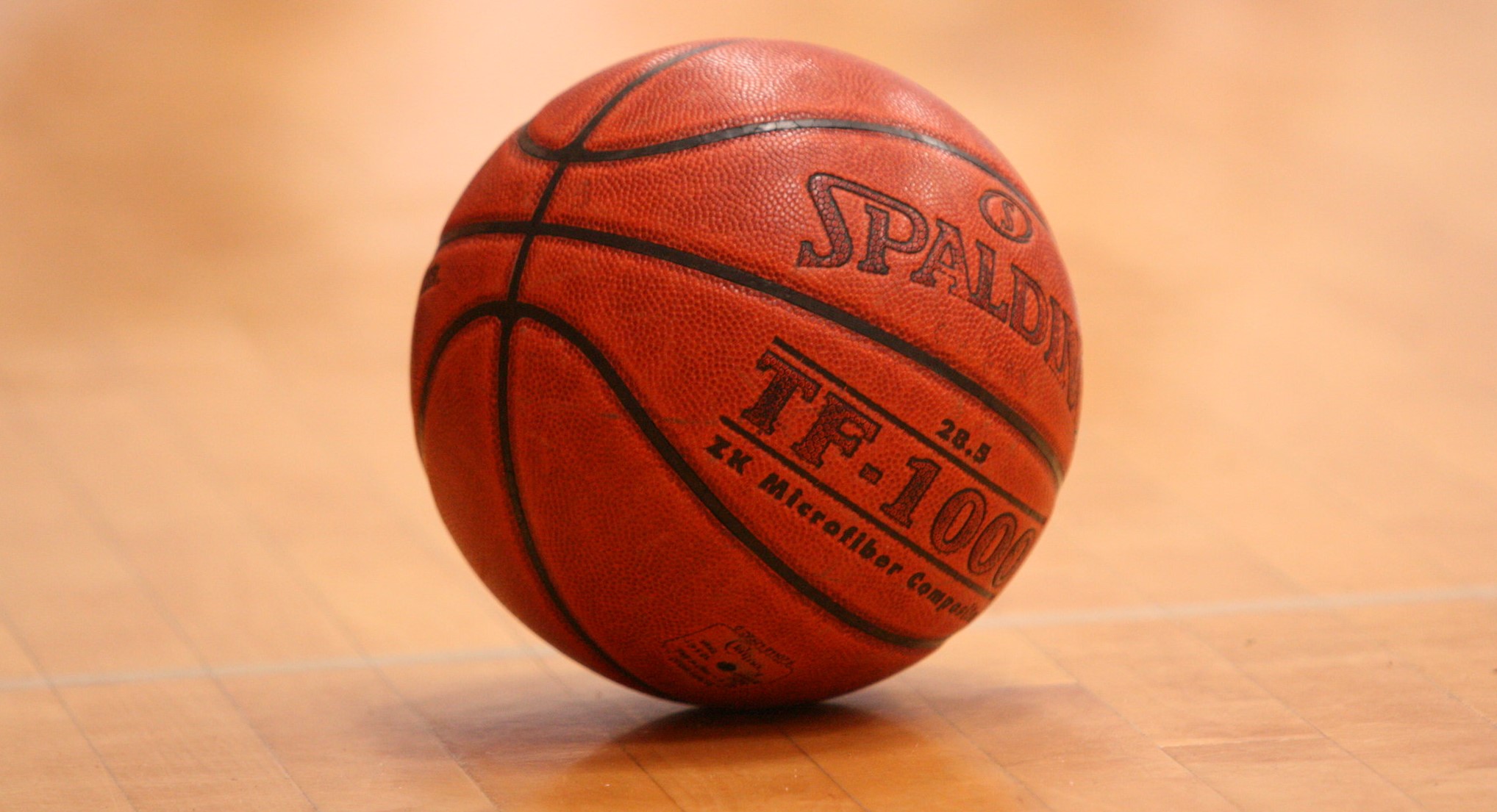 Anyway, for some strange reason, he’d taken a special liking to me, and as a basketball fanatic, just getting to know my brother’s old coach from high school was sublime irony. If I were a more skilled writer, perhaps I could help you comprehend the greatness of this fine, extraordinary, and humble man.  I’ll try my best.

“Jump shot,” he said with a glint in his eye, “How are classes going?” he continued. Coach Lavelle, you see, always seemed to confuse me with my brother Al. Back in “the day” my older brother went to Bishop England, one of the premier colloquial schools in the country, and a South Carolina dynasty where basketball is concerned. Al always loved sports, and golf and basketball were his passion. He was actually fortunate enough to play for not one, but two round-ball legends. It was Al who was the jump shot aficionado, not me. But the endearment was what mattered. His JV coach while at BE was Lavelle, who’d been picked by the New York Knicks as a 6’10’’ center back when Chamberlain played, was and still is, all-everything. Then, when Al played for the varsity, his Head Coach was Charley Gallagher, who was second in the nation behind Oscar Robertson in scoring in college.

These were the glory days of basketball in the Carolinas, and Bishop England was a perfect canvas for two collegiate stars to paint an epoch on. Oh, the stories Al would tell me, of ungodly practices where pure perfection was the only strategy that mattered. Today’s coaches would call the regime “brutal” but anyone who lived through those sessions knows differently now. Lavelle and Gallagher forged champions.

“Sit down, Phil, I have a history question for you,” Tommy said. He knew I was a history nut, you see, and since I was majoring in geography and political science at the College of Charleston, he’d already established a “path” in his mind. On this, I must digress, for the way Coach Lavelle operates is what some would call “old school.” Gallagher, and the former headmaster of Bishop England, Father Kelly, never “just” met anybody in their lives. For them, nobody was ever simply a passerby or a casual acquaintance. If you crossed paths when these men, there was a divine purpose in it. And their mission, though not everyone could see, was as is to help and guide, whenever possible. Tommy Lavelle was and is, an usher sent by God to assist. End of story. The accolades people like this receive, they’re achieved through selfishness. Today, such ideals are a bit hard to understand. Lavelle, and the others I’ve mentioned, their real reward lies in the momentary triumph of spirit, that occurs along the road to perfection. There are a hundred athletic mantras that came from men like these.  A great one I ran across this morning, is from the legendary U.C.L.A. coach John Wooden:

“Talent is God-given. Be humble. Fame is man-given. Be grateful. Conceit is self-given. Be careful.”

I’d been seated about 20 seconds when Coach Lavelle quizzed me, “Do you think that F.D.R. knew about the attack on Pearl Harbor beforehand?” I was not taken aback, this is Coach Lavelle’s genius, you see. Bishop England’s disciplinarian and vice-principal during my time with him was brilliant at planting good seeds in people’s minds. He’d take something he was interested in, and something he knew about and set out a playground for understanding in front of students, friends, even a passer-by.

“Yes, sir, I do,” I replied, and then I explained why along with my evidence. Lavelle, like any great teacher or coach, would not accept a simple opinion. “I agree”, he said in his deep, matter of fact voice. Then he presented his corroborating evidence to that effect.

Trying to describe someone like Tommy Lavelle is daunting, even for someone who makes a living writing. As a kid, my brother told me so many stories about their practices, games, and especially their code, the code of integrity and excellence. A Bishop England team back in the 1960s operated like something you may have read about the Spartans, or another heroic band tied together in a singular quest. Every player on Lavelle’s or Charley Gallagher’s teams was equal, separated only by their most recent effort. The status quo was never there. There was no way to rest on one’s laurels. This regime helped create uncompromising men. This world, sadly, no longer exists.

You started a Bishop England game, no matter what your physical capabilities, based on effort and heart alone. And the momentary determination that forges character for a lifetime. My brother Al was the perfect example of this. To this day, I will bet, you will never see him in public in a wrinkled shirt or slacks. His shoes will be pristine, shining like boot camp spit and polish. And those ideas instilled in him, they’re literally who he is. Retired now from government service, Al still asks me if I’ve talked to “Coach” every time we talk on the phone.

When I met Tommy Lavelle back in the 1990s, he was about to hang it up, teaching and coaching that is. He’d had a bad stroke a few years before, and it had taken a toll, though not everyone could tell. I was back in college as a nontraditional student, age 36. But, I’ll never forget the first day I walked into his office. He was unusually animated to learn Al Butler’s kid brother was sitting there telling hoops stories. At length, something extraordinary happened, which is something that happened a lot when I was around him on the bench or just chatting.

We had just finished talking about the real “Jump Shot” and how Al was such a dependable team player. Tommy asked me, as always happened when players chat, who was the greatest of all time (GOAT)? “Wilt,” I told him without hesitation. “By far,” Tommy replied as if recollecting scripture. I found this heartening, coming from someone who played in Wilt Chamberlain’s era. Then Tommy Lavelle shaped my life like all those students and players before me.

“What’s your goal?” he asked finally. I remember thinking for a moment, and wondering to myself if I should just say. “I want to be the head basketball coach at Bishop England High School,” I finally replied. I looked across the simple desk he always sat at, half expecting what anyone might “perceive” as a normal reaction. At least in today’s world. Instead, though, not a crease or telltale hint of astonishment or negativity crossed his face. Most people, in my experience anyway, register something when you tell them you want their job. Not Tommy Lavelle. Later that night he called me at home to ask if I would consider being his assistant coach. I was struck as if with lightning, by the humility and kindness this legend showed me.

Tommy Lavelle is one of those rare individuals who make us want to be better people. He’s a person who added something fine and good to the life of everyone he ever came in contact with. Friend or foe, teammate or opponent, everyone is equal in the world where true giants walk. His life is a perfect example of how legends and myths stay with us for so long. How can we forget, any of us, such epic people and ideas? The man prolonged his career to help just one more person, can you imagine that?

I wept the night I had to call him to tell him I could not attend the Citadel for my masters. He understood that obligation to family was far more important. I never coached after that. Something was lost forever, I guess. But what I gained from my friend Tommy Lavelle, I hope, is reflected in every good deed I try to do. The memory of him reminds me, that anything is possible if you have the right attitude and want it enough. If you read this coach, I miss you. God bless you always.