American President Donald Trump finally meets with Russian President Vladimir Putin this week. The much-anticipated meetup at the G20 in Hamburg already dominates headlines, as thousands of potentially violent protesters are already gathering there. But amid all the foreplay it’s a Washington Post report that frames the real geo-political situation in our world. Here’s an interesting view gleaned from deciphering “fake news”. 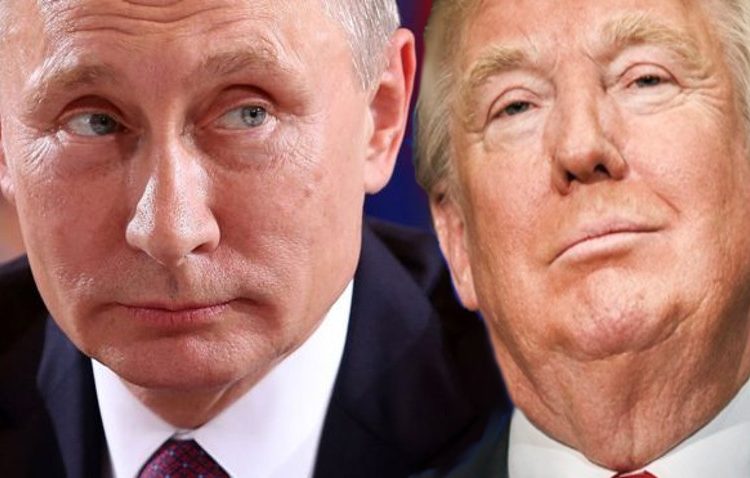 From Warsaw, authors Abby Phillip and Carol Morello offer up “Months of Russia controversy leaves Trump ‘boxed in’ ahead of Putin meeting”, a story that conveys more than the writers intended. For if there is a globalist conspiracy to thwart any move by Trump to patch up the Russia relationship, then technocrat Jeff Bezos’ Washington Post is sure to be part of it. Reading this story, all the elements are there. Elements of neocon and ultra-liberalist machinations, that is. First, there’s the lead:

“President Trump promised voters that he would strike “a great deal” with Russia and its autocratic president, Vladimir Putin. He has repeatedly labeled an investigation of Russian meddling in the U.S. election as “a hoax,” and he even bragged to Russian officials about firing the FBI director leading the probe.”

The intro lets the reader know that “the deal” is the undesirable event being thwarted. Calling Putin an “autocrat” satisfies the fantasies of WP readership, “Yes, that dictator Putin, he’s at it again,” dedicated readers think to themselves. Then there’s the reversed logic so that “intelligent” readers can feel they’ve deciphered some code – a code where Trump’s “hoax” is and “aha” moment – where liberals discover their faux reasoning. Then the “Bezos” mission objective is revealed, to anyone with two living brain cells. The authors continue:

“If Trump attempts to loosen sanctions against Russia for its involvement in the conflict in eastern Ukraine or its interference in the 2016 U.S. election, Congress could defy him by pursuing even stronger penalties.”

The piece winds its way through the political morass that has become Washington relationships abroad, focusing on the Trump-Putin relationship to be. Then the authors set the stage for the readership to be prepared for parroting the post-meeting Bezos message.

“If Trump prioritizes his desire to build camaraderie with Putin as he has with other world leaders, it may put him at a stark disadvantage with a former KGB operative known for his ­unflagging focus on Russia’s primacy.”

As if any nation’s leader should not be intent on “primacy” for his people, and as if America has not policed the world these last 70 years to seek dominance. Putin the “Russian”, dares to consider Russia’s position in our world. The Washington Post is only good for finding out what Bezos and his billionaire colleagues want. So, I say.

Oh, and Abby Phillip is a CNN political analyst too, which makes me wonder if her writings for Bezos are just for ratings? As for Carol Morello, it turns out she was the reporter Russian Foreign Minister Sergey Lavrov had to call down for her ill manners when he and Secretary of State Rex Tillerson met in Moscow.

“Who gave you your manners?” – Sergey Lavrov

The Washington Post, it’s the litmus test for knowing what is wrong in the world, anything Jeff Bezos’ team is for. And make no mistake, the mainstream in America is on an agenda. What a team of losers the globalists and technocrat puppets have bought, that’s what I say. Let’s pray Trump and Putin sort through the subterfuge and get down to it.

Stay tuned for my upcoming book, which proves once and for all how pitiful and weak the western oligarchs truly are.