A few moments ago I read an Independent UK traffic grabber entitled; “Welcome to the real Russia, on eve of election.” The pictorial of some of Russia’s poorest people was totally without context, which is endemic of British news about anything serious. Here is my deconstruct of an attempt to get still more people killed if World War III finally breaks out over the Queen Mother’s stupid bullshit. Here is a story of one more lie in the Russophobia drama unfolding daily. When you finished reading this short rant on British propagandists, ask your self this question. “What was the purpose of this UK journalist’s report? 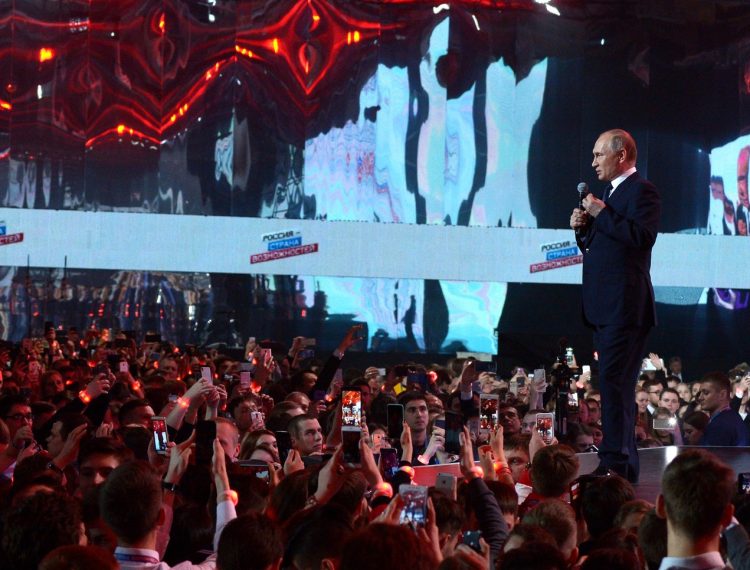 Thankfully I know something about Eastern Europe, since my wife of a decade is from stalwart Bucharest. Let me show you two images side by side in order to bash the Brits over the head with their own misinformation.

The image below is from the same Veliky Novgorod, the city called “Birthplace of Russia.” Maybe Oliver Carroll should widen his camera lens a bit? Or, is he on a mission from Theresa May? What a piece of work this story is.

The next comparison is of Chudovo Market, and a seafood saleslady who looks as if she’s had a bad week. I guess the Independent worked hard to find all the people having a bad morning or life.

The image below is from an outdoor market in Chisinau, Moldova. The lady here does look as if she’s had a better day than the Russian lady, and the fish looks a bit more fresh. But in this image it is not the dead of Winter. Moldova, by the way, is dying of democracy disease.

The next image is supposedly a roadside cafe in Novgorod Oblast, but for all we know it could have been taken anywhere from Budapest to Bulgaria. What a shoddy job of so-called journalism this Independent clown has done. Forget the two upscale and suggestive images he share of Navalny’s campaign, this is pure misinformation and propaganda.

If you drive across Europe looking for devastated people and political injustice, you can find it from Amsterdam to Madrid and beyond. The image below is from Albania.

The author of the Independent UK story tells us in the end that Russians are teetering on the edge of survival. Interestingly, he makes no mention of the sanctions and provocations targeting Russians. He says not a word either, about a Europe drained of its life blood by the people standing behind Theresa May and the Queen Mother. And here is what the founding editor of Russian Esquire, and former Managing Editor of the Moscow Times (oh my) wants you to believe is going on in Russia, and how Vladimir Putin is the single villian standing in the way of peace and prosperity for all. I wonder, is it Vladimir Putin’s fault my mother in law’s pension is 250 dollars a month after 40 years teaching Romanian children? No, Putin did not leverage austerity on Romanians did he?

“Weakness and strength aren’t incompatible. In Russia, the two are feeding off each other. While its citizens continue to teeter on the edge of survival — and while its leaders continue to exercise the greatest of control over them — the prospects for the world coming together are not promising.”

I do not know about you, but I am sick and tired of lying sons of bitches. We need to call them out every chance we get. Putin should throw this correspondent out of Russia on his ear for in the next UK-Russia round of foreign agent oustings.